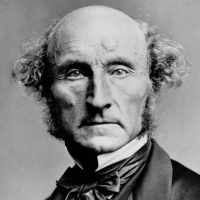 The Life of John Stuart

Put your face in a costume from John Stuart's homelands.

The Manchester Food Riots started on April 18, 1812, in Shudehill. The main focus was on the potato market. By 3pm, calvary and infantry soldiers began patrolling the streets and breaking up the crowds.
1815

The defeat of Napoleon Bonaparte at Waterloo marks the end of the Napoleonic Wars. Napoleon defeated and exiled to St. Helena.
1825 · Museum of Lancashire

1 Scottish and English: topographic name for someone who lived near a mill, Middle English mille, milne (Old English myl(e)n, from Latin molina, a derivative of molere ‘to grind’). It was usually in effect an occupational name for a worker at a mill or for the miller himself. The mill, whether powered by water, wind, or (occasionally) animals, was an important center in every medieval settlement; it was normally operated by an agent of the local landowner, and individual peasants were compelled to come to him to have their grain ground into flour, a proportion of the ground grain being kept by the miller by way of payment.2 English: from a short form of a personal name, probably female, as for example Millicent.