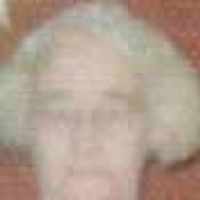 The Life of Gertrude Margaret

Put your face in a costume from Gertrude Margaret's homelands.

The Old Colorado Springs city Hall was built between 1901-1905. It was in use until 1997. The historical building was designed by Thomas Barber and Thomas MacLaren.
1918 · Attempting to Stop the War

German: occupational name for a secondary hired hand, a Kleinknecht as opposed to a Grossknecht. Compare Kleindienst .