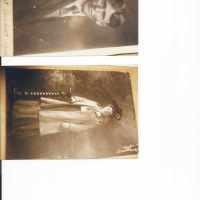 The Life of Carl Ernest William

Carl Ernest William Wichert was born on 8 November 1883 as the son of Gustave Wichert and Eliza Begunk. He married Bertha Amanda Johanna Gurdts in Jacksonville, Morgan, Illinois, United States. They were the parents of at least 2 sons. He died on 12 March 1975, in Eldora, Hardin, Iowa, United States, at the age of 91, and was buried in Hubbard, Hubbard, Minnesota, United States.

Put your face in a costume from Carl Ernest William's homelands.

There are no historical documents attached to Carl Ernest William.