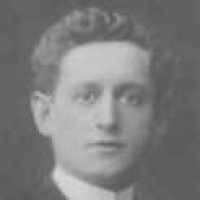 The Life of Louis Abraham

Put your face in a costume from Louis Abraham's homelands.

A federal law prohibiting all immigration of Chinese laborers. The Act was the first law to prevent all members of a national group from immigrating to the United States.
1913 · The Woolworth Building Opens as the Tallest Building in the World

Americanized or Jewish spelling of Zimmermann .