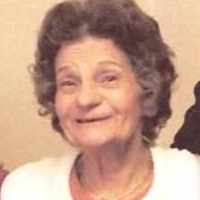 The Life of Mary Allien

Put your face in a costume from Mary Allien's homelands.

Like the Boy Scouts of America, The Girl Scouts is a youth organization for girls in the United States. Its purpose is to prepare girls to empower themselves and by acquiring practical skills.
1931

1 English: topographic for someone who lived where sallows (a kind of willow) grew, from the plural of Middle English salwe ‘sallow tree’.2 Greek: descriptive nickname from Turkish salli ‘large and wide’.