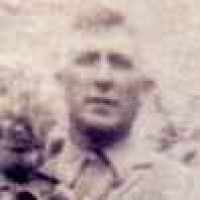 In 1897, Senator J.L. Hyatt introduced the woman suffrage bill in North Carolina. The bill did not make it past the committee.
1904

1 North German: topographic name for someone who lived by an alder tree, from Middle Low German elre, alre ‘alder’.2 German: habitational name from places in the North Rhine and Mosel areas, so called from an old stream name Elera, Alira, of Celtic origin.3 Jewish (eastern Ashkenazic): variant of Heller , reflecting varieties of Yiddish in which there is no h.