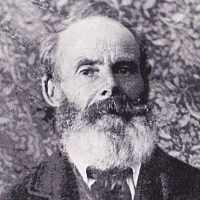 The Life of Thomas Albert Humphreys

Put your face in a costume from Thomas Albert Humphreys's homelands.

The Crimean War was fought between Russia and an alliance of Britain, France, Sardinia and Turkey on the Crimean Peninsula. Russia had put pressure on Turkey which threatened British interests in the Middle East.
1860 · First Taranaki War

English: topographic name for someone who lived on a projecting piece of land, from Middle English snoke ‘projection’. It is possible that this term was also used as a nickname for someone with a long nose.

Thomas Snook and his sister Ellen left England ,Gravesend on 13th October 1863 in the barque Anne Dymes. and arrived in Nelson New Zealand 3rd March 1864. The length of the voyage, 140 days, caused a …