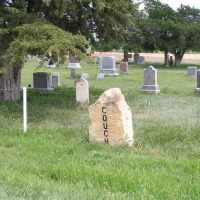 The Life of Isaac Russell

Put your face in a costume from Isaac Russell's homelands.

The town of Nicodemus was founded by African-American migrants from Kansas in 1877.
1884 · There is now a Capital Building