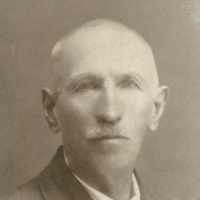 The Life of Angelo

Put your face in a costume from Angelo's homelands.

Northern Italy was joined to the Kingdom of Sardinia.
1861

The Kingdom of Italy was formed under the leadership of Giuseppe Garibaldi.
1929

Great Grandfather of Linda Genetti He married Teresa Annunciate Marchetti in Castlefondo, Italy 7 June 1879. They had eight children, Angelo immigrated to the USA in 1887. He lived and worked in Roc …