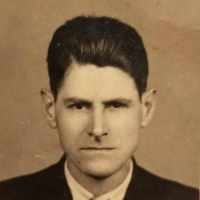 The Life of Luiz

When Luiz Maximo was born on 25 August 1898, in São Paulo, São Paulo, Brazil, his father, Nicola Maximo, was 18 and his mother, Raquel Nicoteri, was 18. He married Fortunata Apollare on 1 September 1915, in Paraíso, Cachoeira de Minas, Minas Gerais, Brazil. They were the parents of at least 3 sons and 7 daughters. He died on 25 December 1957, in Arquidiocese de Campinas, Brazil, at the age of 59.

Put your face in a costume from Luiz's homelands.