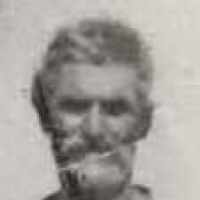 The Life of Henry William

When Henry William Green was born on 3 March 1846, in Frontenac, Canada West, British Colonial America, his father, Henry Green, was 50 and his mother, Mary Ann Silver, was 29. He married Melissa Vancoughnet on 7 August 1866, in Leeds, Canada West, British Colonial America. They were the parents of at least 4 sons and 4 daughters. He died on 3 January 1925, in Loughborough, Frontenac, Ontario, Canada, at the age of 78.