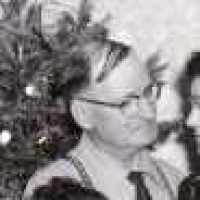 The Life Summary of John Clarence

Put your face in a costume from John Clarence's homelands.

German and Dutch: from a pet form of Humbert or Humbold (a compound name with the same first element + bald ‘bold, brave’).German, Dutch, and Danish (of German origin): nickname for a busy or bustling person, from Middle High German hummel, Middle Dutch hommel ‘bee’, of imitative origin. Compare English humblebee, which in modern English has become bumblebee.