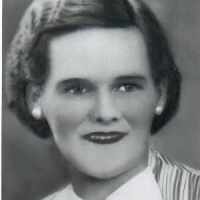 The Life of Helen Joyce

Put your face in a costume from Helen Joyce's homelands.

1 German: nickname for an honorable man, from Middle High German vrum, vrom ‘capable’, ‘honorable’, ‘trustworthy’.2 Jewish (Ashkenazic): nickname for a pious man, from German fromm ‘devout’, ‘pious’ (a later sense of the same word as in 1).