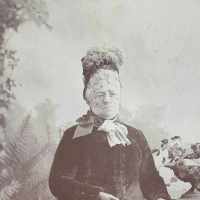 Dutch Flat was founded by two German brothers, Joseph and Charles Dornbach who settled there in 1851 during the California Gold Rush.[5] To the south of their settlement was the busy mining camp of Green Valley, where 2,000 men were at work when the Dornbachs arrived. Across the Bear River in Nevada County was another camp, Little York, and just west, a trading post at Cold Springs (later known as Gold Run). All these camps were supplied by mule train from Illinoistown, near today's Colfax. Mules drivers referred to the Dornbach's camp as 'Dutch Charlie's Flat,' and thus the town was named. During this period many Germans were referred as 'Dutch' as a shorthand for Deutschland. In the 1870s an attempt was made to change the name to 'German Level'.[6] The Dutch Flat post office opened in 1856. Dutch Flat's Chinatown began in the 1850s, and by the late 1860s, when the transcontinental railroad was under construction, it was one of the largest Chinese settlements outside of San Francisco. In 1853, Dutch Flat had a population of 6,000 including 3,500 Chinese. In 1877 Old Chinatown burned down, and the settlement relocated south of town, near the Dutch Flat Depot on the Central Pacific Railroad. Adjoining the pioneer American cemetery just above the town is the Chinese burial grounds.