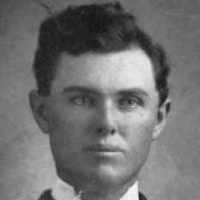 The Life of William Everett

Put your face in a costume from William Everett's homelands.

Scottish and English: variant of Dunlop .

My name is Robert Elliot Dunlap, Jr. born to Robert Elliott Dunlap, Sr. and Mollie Rebecca Poole Dunlap on April 21, 1909. It has been my desire and my intention to write or to tape some of my experie …