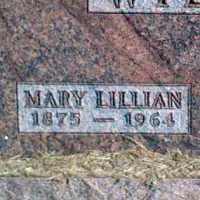 The Life of Mary Lillian

Put your face in a costume from Mary Lillian's homelands.

The town of Nicodemus was founded by African-American migrants from Kansas in 1877.
1900 · Gold for Cash!