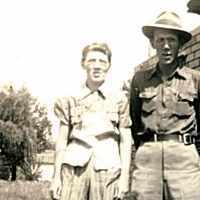 The Life of Cleona Lily

Put your face in a costume from Cleona Lily's homelands.

In 1879, railroad tycoon, Charles Elliott Perkins bought 240 acres whrere The Garden of the Gods is located, and planned to use it as a summer home. Perkins died in 1907 before he could establish it as a public park. Perkin's children donated the now 480 acres to the city of Colorado Springs, to become a public park.
1923 · The President Dies of a Heart Attack

1 Irish: simplified form of Mulryan.2 Irish: reduced form of O’Ryan , an Anglicized form of Gaelic Ó Riagháin (modern Irish Ó Riain) ‘descendant of Rian’; Ó Maoilriain ‘descendant of Maoilriaghain’, or Ó Ruaidhín ‘descendant of the little red one’. Ryan is one of the commonest surnames in Ireland; there has been considerable confusion with Regan .3 Americanized spelling of German Rein .