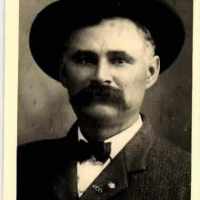 The Life of Robert Edward Lee

Put your face in a costume from Robert Edward Lee's homelands.

This Act was to restrict the power of the President removing certain office holders without approval of the Senate. It denies the President the power to remove any executive officer who had been appointed by the president with the advice and consent of the Senate, unless the Senate approved the removal during the next full session of Congress. The Amendment was later repealed.
1877 · Nicodemus is Founded

English: variant of Albert , probably due to misdivision of a personal name such as Rick Albert .