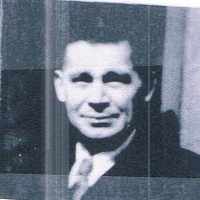 The Life of Steve

Steve Marshalko was born on 10 July 1892, in Hungary as the son of Joseph Marshalko and Susanne Csalki. He married Elizabeth Barkai on 6 May 1922. They were the parents of at least 1 son and 2 daughters. He died on 8 December 1950, in Cleveland, Cuyahoga, Ohio, United States, at the age of 58.

Put your face in a costume from Steve's homelands.

The May Day Riots were a series of violent demonstrations that occurred throughout the city on May 1. The riots were caused after Cleveland's unemployment rate increased dramatically during the Panic of 1893, causing panic among the unemployed against the city leaders. The most rioters at one time was recorded as a crowd of 5,000 men.
1896 · Plessy vs. Ferguson