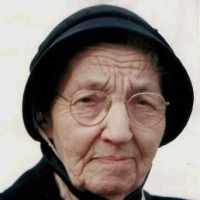 The Life Summary of Magdalena

Americanized form of German Kaufmann , and a variant of the same Jewish (Ashkenazic) surname. Compare Kaufman .History: As a name of Swiss German origin, originally spelled Kaufmann (see 1 above), the surname Kauffman is very common among the American Mennonites and Amish; variants, such as Kaufman and Coffman , are also found. The main progenitors of the Mennonite bearers of this name were of Swiss ancestry, but came to PA (Lancaster and Berks counties) from the Palatinate, Germany, in the 18th century. Later Mennonite immigrants bearing this name came to the US also from Galicia and Volhynia in Eastern Europe.