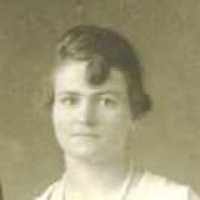 The Life of Effie Lucinda

Put your face in a costume from Effie Lucinda's homelands.

English: habitational name from any of the numerous places named in Old English as ‘long ford’, from lang, long ‘long’ + ford ‘ford’, except for Langford in Nottinghamshire, which is named with an Old English personal name Landa or possibly land, here used in a specific sense such as ‘boundary’ or ‘district’, with the same second element.