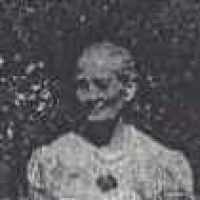 The Life of Emma Nora

Put your face in a costume from Emma Nora's homelands.

This Act was to restrict the power of the President removing certain office holders without approval of the Senate. It denies the President the power to remove any executive officer who had been appointed by the president with the advice and consent of the Senate, unless the Senate approved the removal during the next full session of Congress. The Amendment was later repealed.
1878 · St. Mary's Episcopal Church is Built

The Episcopal Diocese of Florida organized a mission church in 1878 to provide a location that could serve seasonal guests. Visitors and residents from Green Cove Springs raised over $1000 to build the church. On March 10, 1879, the Church held its first service. This location is notable because it would eventually be added to U.S. National Register of Historic Places (February 17, 1978).
1886