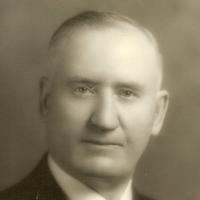 The Life of Solomon Ezra

Put your face in a costume from Solomon Ezra's homelands.

1 English: habitational name from various places such as Headon, Nottinghamshire, Hedon in East Yorkshire, and Heddon on the Wall and Black Heddon. Northumberland. The first is probably named from Old English hēah ‘high’ + dūn ‘hill’; the others have the same second element, combined with Old English hǣþ ‘heath’, ‘heather’.2 North German (Frisian): variant of Hadden .