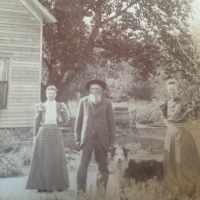 The Life of Fernando Cortez

Put your face in a costume from Fernando Cortez's homelands.

Being a second spiritual and religious awakening, like the First Great Awakening, many Churches began to spring up from other denominations. Many people began to rapidly join the Baptist and Methodist congregations. Many converts to these religions believed that the Awakening was the precursor of a new millennial age.
1836 · The Massive Internal Improvements Act

The Massive Internal Improvements Act of 1836 loaned Indiana $10,000,000 to create infrastructure such as canals, railroads, and roads across the state. The act was signed by Whig Governor Noah Noble and passed by the Indiana General Assembly. However, the financial crisis known as the Panic of 1837 thwarted these plans as costs ballooned. Construction on the infrastructure was not completed and the state debt rapidly increased.
1861