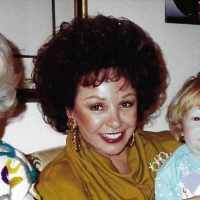 The Life of Mary Lou

When Mary Lou Hillen was born on 17 July 1931, in Kansas City, Jackson, Missouri, United States, her father, William Michael Hillen, was 37 and her mother, Eunice Esther Clardy, was 34. She married Jack DeWayne Stone on 18 October 1964, in Blackfoot, Bingham, Idaho, United States. She lived in College Park, Prince George's, Maryland, United States in 1972. She died on 23 May 1996, in Palm Desert, Riverside, California, United States, at the age of 64.

Put your face in a costume from Mary Lou's homelands.

1 Swedish (Hillén): ornamental name composed of an unexplained first element + the adjectival suffix -én, from Latin -enius.2 Dutch and North German: from the personal name Hillin, a derivative of a Germanic personal name formed with hild ‘strife’, ‘battle’ as the first element.3 Scottish and northern Irish: variant of Hilling .