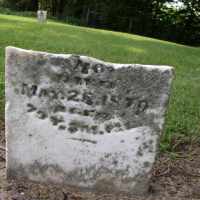 On March 1st, 1803, the First General Assembly of the State of Ohio met at Chillicothe, about three months after the State was admitted into the Union. One of the first acts of the new legislature was the creation of eight new counties, of which Gallia was one of the first, from a vast territory known as Washington county, “Territory of the United States, North-west of the river Ohio,” which then comprised a tract covering nearly half of the present area of the State, and including what is now divided into nearly forty separate counties. “Gallia,” the ancient name of France, was given it in honor of the French settlers, who for nearly thirteen years had been located at Gallipolis, within its borders, and it was made a separate and distinct county April 30, 1803. It originally included the lands comprising the present counties of Gallia, Jackson, the greater part of Lawrence, about three-fourths of Meigs and a part of Vinton county, [...].
1812

1 Dutch: topographic name for someone who lived by a beech tree or in a beech wood, from Middle Low German buche.2 German: habitational name from any of various places so named, in Altmark and Pomerania.