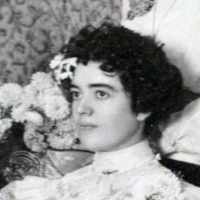 The Life of Jeanette Grace Agnes

When Jeanette Grace Agnes Fleming was born on 21 August 1884, in Salmon, Lemhi, Idaho Territory, United States, her father, William Fleming, was 29 and her mother, Ann Long, was 20. She married George Heber Corbridge on 30 September 1902, in Pocatello, Bannock, Idaho, United States. They were the parents of at least 1 son. She died in November 1964, at the age of 80, and was buried in Long Beach, Los Angeles, California, United States.

Put your face in a costume from Jeanette Grace Agnes's homelands.