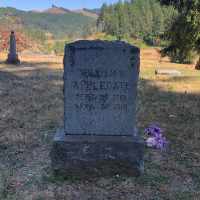 The Life of William Hayhurst

Put your face in a costume from William Hayhurst's homelands.

The Homestead Act of 1862 gave each citizen 160 acres of land. The qualified applicants were required to build a home and cultivate the land for five years.
1863

Northern English: extremely common variant of Applegarth , in which the less familiar final element has been assimilated to the northern Middle English word gate ‘road’ or to modern English gate.