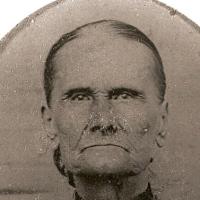 The Life of Elizabeth Baine

Put your face in a costume from Elizabeth Baine's homelands.

A barroom brawl in Savannah on Tuesday, November 12, 1811, had international impact. An American seaman boasted of having joined the crew of a French vessel, likely named La Vengeance. Others became upset at the idea of the American joining a foreign nation and a brawl erupted. The county coroner asked for peace but was beaten with clubs. A second clash occurred the following day when French sailors attacked five American seaman. A day after the second attack, twenty French sailors attacked six Americans. Four of them escaped but two were beaten and stabbed. Jacob Taylor died on the scene and a rigger named Collins died the following day. By Friday, a full scale riot erupted when the French crewmen arrested on murder charges were released. Many were arrested and French ships La Vengeance and La Franchise were burned. In the end, the incident caused disruptions in French-American relations and affected shipping and trade.
1825 · The Crimes Act

Northern Irish: variant of McAdam with the redundant addition of the English patronymic ending -s.