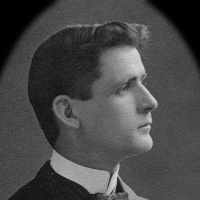 The Life of Charles Alonzo

Put your face in a costume from Charles Alonzo's homelands.

Scottish and northern Irish: Anglicized form of Gaelic Mac Ailpein (Scottish), Mac Ailpín (Irish) ‘son of Ailpean’, a personal name of uncertain etymology, possibly derived from alp ‘lump’. The personal name was borne by Pictish kings, one of whom, Kenneth, son of Ailpín, Ailpean, became the ruler of the united Picts and Scots and is regarded as the founder of the somewhat disparate clan of this name.

This is a copy of what Lunetta wrote about Charles for the National Cyclopedia of American Biography: "A lover of simplicity, of the best in music, and in literature, especially the Bible and works o …