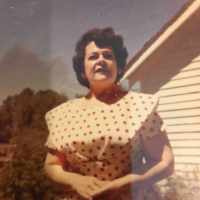 The Life of Marguerite Harriet

Put your face in a costume from Marguerite Harriet's homelands.

The Sixteenth Amendment allows Congress to collect an income tax without dividing it among the states based on population.
1914 · The Ludlow Massacre

French and Spanish: from a reduced form of French eschapin or Spanish chapín, a term for a light (woman's) shoe; perhaps a nickname for someone who habitually wore this type of footwear or possibly a metonymic occupational name for a shoemaker.