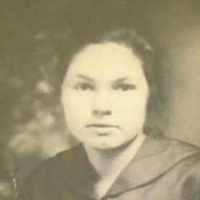 The Life of Quintie Irene

Put your face in a costume from Quintie Irene's homelands.

A 7.8 magnitude earthquake shook San Francisco for approximately 60 seconds on April 18, 1906. A 1906 report by US Army Relief Operations recorded the death toll for San Francisco and surrounding areas at 664. Later reports record the number at over 3,000 deaths. An estimated 225,000 people were left homeless from the widespread destructuction as 80% of the city was destroyed.
1925 · B.B. King is Born

B.B. King was born on September 16, 1925, in Itta Bean, Mississippi. He was a famous American blues singer, electric guitarist, and record producer. In 1987, he inducted into the Rock and Roll Hall of Fame.

1 Scottish: habitational name from Covinton in Lanarkshire, first recorded in the late 12th century in the Latin form Villa Colbani, and twenty years later as Colbaynistun. By 1422 it had been collapsed to Cowantoun, and at the end of the 15th century it first appears in the form Covingtoun. It is nevertheless clearly named with the personal name Colban ( see Coleman 1) + Old English tūn ‘enclosure’; Colban was a follower of David, Prince of Cumbria, in about 1120 .2 English: habitational name from a place in Huntingdonshire (now Cambridgeshire) named Covington, from an Old English personal name Cofa + Old English -ingdenoting association + tūn ‘settlement’.