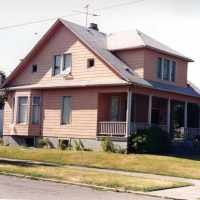 The Life of Duncan

Put your face in a costume from Duncan's homelands.

Emigrating to the United States

Duncan, John and Roderick Rory MacDonald headed west from Whycogomah, Cape Breton Island, Nova Scotia on foot about 1880. It took them about 2 years to make it to Seattle (according to Duncans daug …