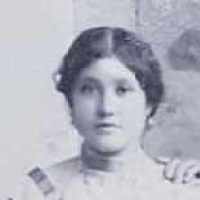 Put your face in a costume from Maria De Los Angeles's homelands.

Proclamation against Díaz issued by the liberals in St. Louis, Missouri.
1923

Basque:1. topographic name for someone who lived in the lower part of a village, from Basque uri ‘settlement’ + be(h)e ‘lower part’. 2. habitational name from Uribe, a town in Biscay province, Basque Country.