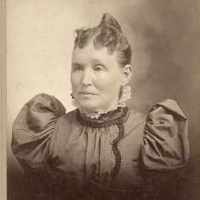 The Life of Minerva A.

Put your face in a costume from Minerva A.'s homelands.

Hollywood Cemetery was established in 1847 in Richmond Virginia. This is where Presidents James Monroe and John Tyler are buried. During the Civil War it became the largest military interments and a large section dedicated to military burials. Jefferson Davis a well known Confederate is also buried here. Many other notable people are also buried here.
1864 · Arlington Cemetery