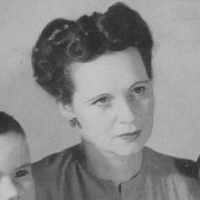 The Life of Amy Marie

Put your face in a costume from Amy Marie's homelands.

The Sixteenth Amendment allows Congress to collect an income tax without dividing it among the states based on population.
1916 · Boeing Aircraft

The Boeing Aircraft was named and created by William Boeing. The first two planes were Bluebill and Mallard and the first flight was July 15, 1916. Boeing aircrafts made their debut during WWI.
1934 · Alcatraz Island Becomes Federal Penitentiary