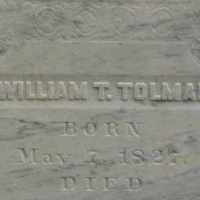 The Life of William T

Being a second spiritual and religious awakening, like the First Great Awakening, many Churches began to spring up from other denominations. Many people began to rapidly join the Baptist and Methodist congregations. Many converts to these religions believed that the Awakening was the precursor of a new millennial age.
1832 · Calais Branch is Chartered

The State of Maine chartered the Calais Railway in 1832, one of the first railway charters to be granted by the state. Construction was very long, as the project was reorganized, abandoned, transferred to other companies, and extended several times. It was finally completed in 1898.
1846