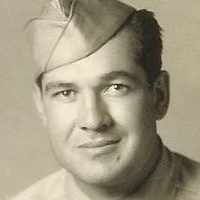 The Life of Carl James

When Carl James Hinton was born on 5 March 1916, in Stockville, Frontier, Nebraska, United States, his father, Avery Hinton, was 26 and his mother, Oma Ione Knight, was 21. He married Mary Lavee Morgan on 18 August 1940, in Taos, Taos, New Mexico, United States. They were the parents of at least 1 daughter. He died on 16 February 1945, in Bakersfield, Kern, California, United States, at the age of 28, and was buried in Sanford, Conejos, Colorado, United States.

Put your face in a costume from Carl James's homelands.

"On Jan 10 1917, famous showman, William ""Buffalo Bill"" Cody dies, while visiting his sister in Denver, Colorado. The cause of death was kidney failure."
1927

English: habitational name from any of the numerous places so called, which split more or less evenly into two groups with different etymologies. One set (with examples in Berkshire, Dorset, Gloucestershire, Hampshire, Herefordshire, Somerset, and Wiltshire) is named from the Old English weak dative hēan (originally used after a preposition and article) of hēah ‘high’ + Old English tūn ‘enclosure’, ‘settlement’. The other (with examples in Cambridgeshire, Dorset, Gloucestershire, Herefordshire, Northamptonshire, Shropshire, Somerset, Suffolk, and Wiltshire) has Old English hīwan ‘household’, ‘monastery’. Compare Hine as the first element.