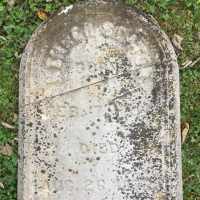 The Life of Kenner

Put your face in a costume from Kenner's homelands.

While the growth of the new nation was exponential, the United States didn’t have permanent location to house the Government. The First capital was temporary in New York City but by the second term of George Washington the Capital moved to Philadelphia for the following 10 years. Ultimately during the Presidency of John Adams, the Capital found a permanent home in the District of Columbia.
1801 · Cane Ridge Revival

The Cane Ridge Revival took place for six days in Cane Ridge, Kentucky. From August 6, 1801- August 12 or 13, 1801, around 20 thousand people gathered together for what was called the Second Great Awakening.
1818 · Jackson Purchase

Scottish and English: habitational name from any of the various places so called. A Scottish place of this name near Longniddry is so named because it was held from the 12th century by a Norman family de Sey, from Say in Indre. Other places of this name, for example those in Cumbria, Devon, County Durham, Northumbria, and Yorkshire, are mostly named with Old English sǣ ‘sea’, ‘lake’ + tūn ‘enclosure’, ‘settlement’. One in Rutland seems to have as its first element a stream name, Sǣge ( see Seabrook ), or a personal name Sǣga. One in Kent is named with Old English seten ‘plantation’, ‘cultivated land’.