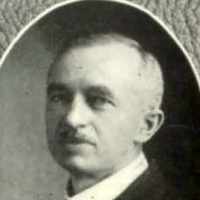 The Life Summary of Christian Ludolph

When Christian Ludolph Ebsen Sr. was born on 26 February 1874, in Niebüll, Nordfriesland, Schleswig-Holstein, Germany, his father, Peter Hans Ebsen, was 24 and his mother, Katharine Ebsen, was 20. He married Franciska Wendt on 12 March 1901, in Belleville, St. Clair, Illinois, United States. They were the parents of at least 2 sons and 3 daughters. He lived in Okeechobee, Florida, United States in 1935 and Orlando, Orange, Florida, United States for about 6 years. He died on 9 July 1951, in Naples, Henderson, North Carolina, United States, at the age of 77.

Put your face in a costume from Christian Ludolph's homelands.

North German and Danish: patronymic from a pet form of the personal name Eggebrecht .