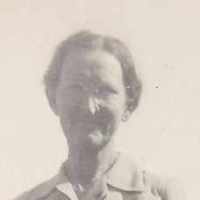 Under the direction of Governor Jim Hogg, Texas filed a lawsuit against John D. Rockefeller for violating state monopoly laws. Hogg argued that Standard Oil Company and Water-Piece Oil Company of Missouri were engaged in illegal practices like price fixing, rebates, and consolidation. Rockefeller was indicted, but never tried in a court of law; other employees of his company were convicted as guilty.
1909 · The NAACP is formed

Sarah Ellen (Sallie) was born 15 September 1885 in Valley Head, DeKalb County, Alabama. She had an older half-brother named Luther Painter and was the first of six children born to William Thomas an …