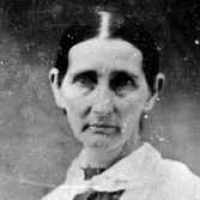 The Crimes Act was made to provide a clearer punishment of certain crimes against the United States. Part of it includes: Changing the maximum sentence of imprisonment to be increased from seven to ten years and changing the maximum fine from $5,000 to $10,000.
1832 · Worcester v. Georgia

In 1830, U.S. President Andrew Jackson signed the Indian Removal Act which required all Native Americans to relocate to areas west of the Mississippi River. That same year, Governor Gilmer of Georgia signed an act which claimed for Georgia all Cherokee territories within the boundaries of Georgia. The Cherokees protested the act and the case made its way to the U.S. Supreme Court. The case, Worcester v. Georgia, ruled in 1832 that the United States, not Georgia, had rights over the Cherokee territories and Georgia laws regarding the Cherokee Nation were voided. President Jackson didn’t enforce the ruling and the Cherokees did not cede their land and Georgia held a land lottery anyway for white settlers.
1838 · Orders No. 25 Removes Cherokees

A small group of Cherokees from Georgia voluntarily migrated to the Indian Territory. The remaining Cherokees in Georgia resisted the mounting pressure to leave. In 1838, U.S. President Martin Van Buren ordered U.S. troops to remove the Cherokee Nation. The troops gathered the Cherokees and marched them and other Native Americans from North Carolina, Tennessee, and Alabama along what is now known as “The Trail of Tears.” Approximately 5,000 Cherokees died on their way to Indian Territory.

1 Welsh: variant of English Roger .2 German (Rösser): occupational name for a horse dealer, a groom, or a carter.