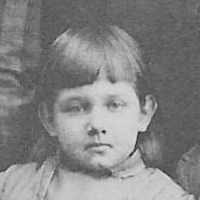 When Mary Scott was born on 21 April 1884, her father, Robert Madison Scott Sr, was 32 and her mother, Ellen Elliston Dennis, was 29. She married James Frederic "Fred" Collins on 17 February 1901, in Douglas, Kansas, United States. They were the parents of at least 1 son. She died on 18 December 1912, in Morningside, Lacombe County, Alberta, Canada, at the age of 28, and was buried in Edmonton, Alberta, Canada.