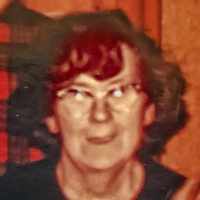 Put your face in a costume from Beatrice Ellen's homelands.

On May 31, 1915 a German zeppelin went over London in dark of night. It released a bomb over the city killing 28 people and wounding 60.

Winston Churchill becomes prime minister. British fighter pilots repel German air attacks in the Battle of Britain. London and other cities badly damaged in German bombing raids.
English: occupational name for a worker in metal, from Middle English smith (Old English smið, probably a derivative of smītan ‘to strike, hammer’). Metalworking was one of the earliest occupations for which specialist skills were required, and its importance ensured that this term and its equivalents were perhaps the most widespread of all occupational surnames in Europe. Medieval smiths were important not only in making horseshoes, plowshares, and other domestic articles, but above all for their skill in forging swords, other weapons, and armor. This is the most frequent of all American surnames; it has also absorbed, by assimilation and translation, cognates and equivalents from many other languages (for forms, see Hanks and Hodges 1988 ).