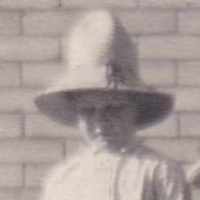 The Life of Merrill

Put your face in a costume from Merrill's homelands.

1 English and Irish: from Middle English duk(e) ‘duke’ (from Old French duc, from Latin dux, genitive ducis ‘leader’), applied as an occupational name for someone who worked in the household of a duke, or as a nickname for someone who gave himself airs and graces.2 English and Irish: possibly also from the personal name Duke, a short form of Marmaduke, a personal name said to be from Irish mael Maedoc ‘devotee (mael, maol ‘bald’, ‘tonsured one’) of Maedoc’, a personal name (M’Aodhóg) meaning ‘my little Aodh’, borne by various early Irish saints, in particular a 6th-century abbot of Clonmore and a 7th-century bishop of Ferns.3 Scottish: compare the old Danish personal name Duk (Old Norse Dūkr).