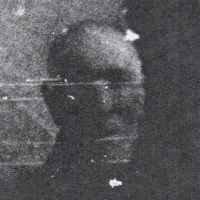 ELIZABETH DEPOTTY AND CHRISTOPHER FULLER AND THEIR CHILDREN