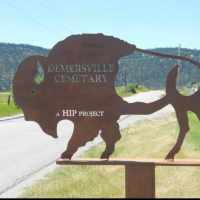 When Joseph Smith Fretwell was born on 26 January 1847, in New Diggings, Lafayette, Wisconsin, United States, his father, Samuel Ferris Moses Fretwell, was 42 and his mother, Sarah Jane Woods, was 27. He married Mary Jane Wattis on 29 October 1871, in Uintah, Weber, Utah, United States. They were the parents of at least 3 sons and 3 daughters. He died on 17 May 1891, in Butte, Silver Bow, Montana, United States, at the age of 44, and was buried in Montana, United States.