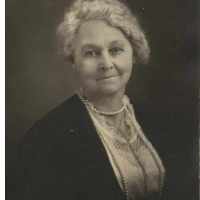 The Life of Hannah Adelia

Put your face in a costume from Hannah Adelia's homelands.

The first transcontinental railroad reached San Francisco in 1869. The Western Pacific Railroad Company built the track from Oakland to Sacramento. The Central Pacific Railroad Company of California built the section from Sacramento to Promontory Summit Utah. The railroad linked isolated California to the rest of the country which had far-reaching effects on the social and economical development of the state.
1882 · The Chinese Exclusion Act