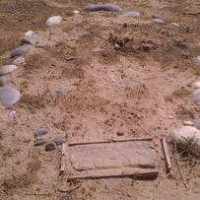 The Life Summary of James Bennett

Put your face in a costume from James Bennett's homelands.

English and Scottish: habitational name from any of numerous places called Hampton, including the cities of Southampton and Northampton (both of which were originally simply Hamtun). These all share the final Old English element tūn ‘enclosure, settlement’, but the first is variously hām ‘homestead’, hamm ‘water meadow’, or hēan, weak dative case (originally used after a preposition and article) of hēah ‘high’. This surname is also found in Ireland, having first been taken there in the medieval period.History: The descendants of the clergyman Thomas Hampton, resident at Jamestown, VA, in 1630, lived in VA through three generations, multiplying their homesteads as the colony expanded and then branched into SC. This very common English name was brought independently to North America by many other bearers.