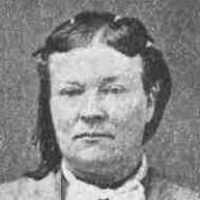 The Life Summary of Eliza Rollings

Put your face in a costume from Eliza Rollings's homelands.

English: uncertain; said to be an altered form of Scottish Gaelic Mac an Deoraidh, for which see McIndeor .